The Shadows Over Sol: Quick-Start provides all the rules necessary for new players to dive into a science-fiction horror future. Features of the quick-start include:

This revised edition of the Shadows Over Sol: Quick-Start was funded as part of the Siren's Call Kickstarter campaign. 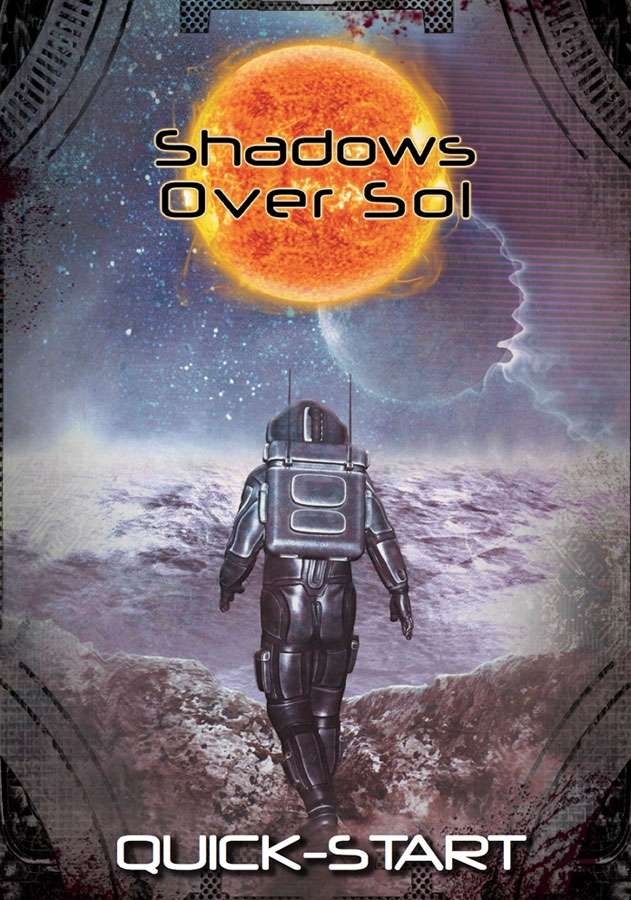 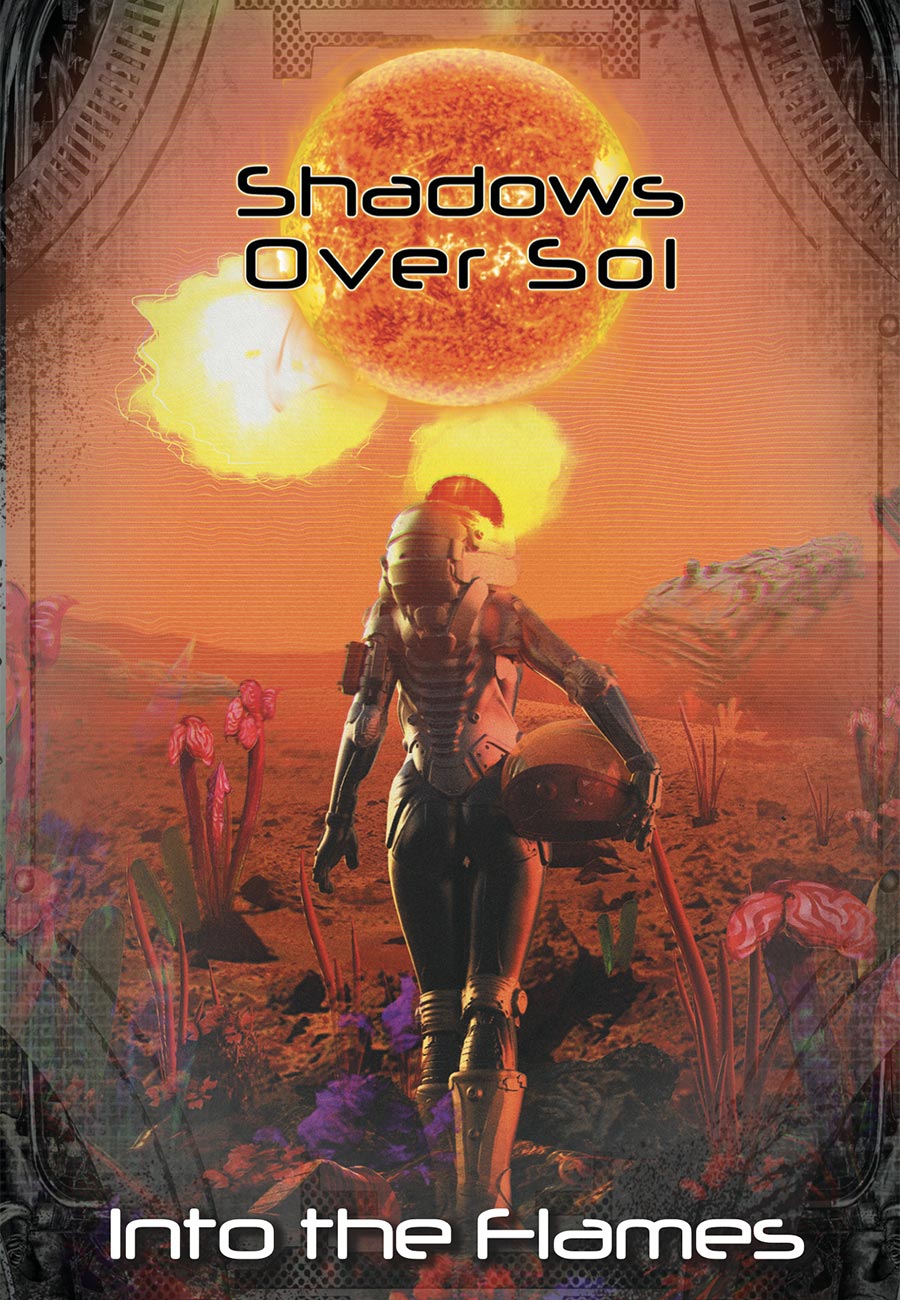 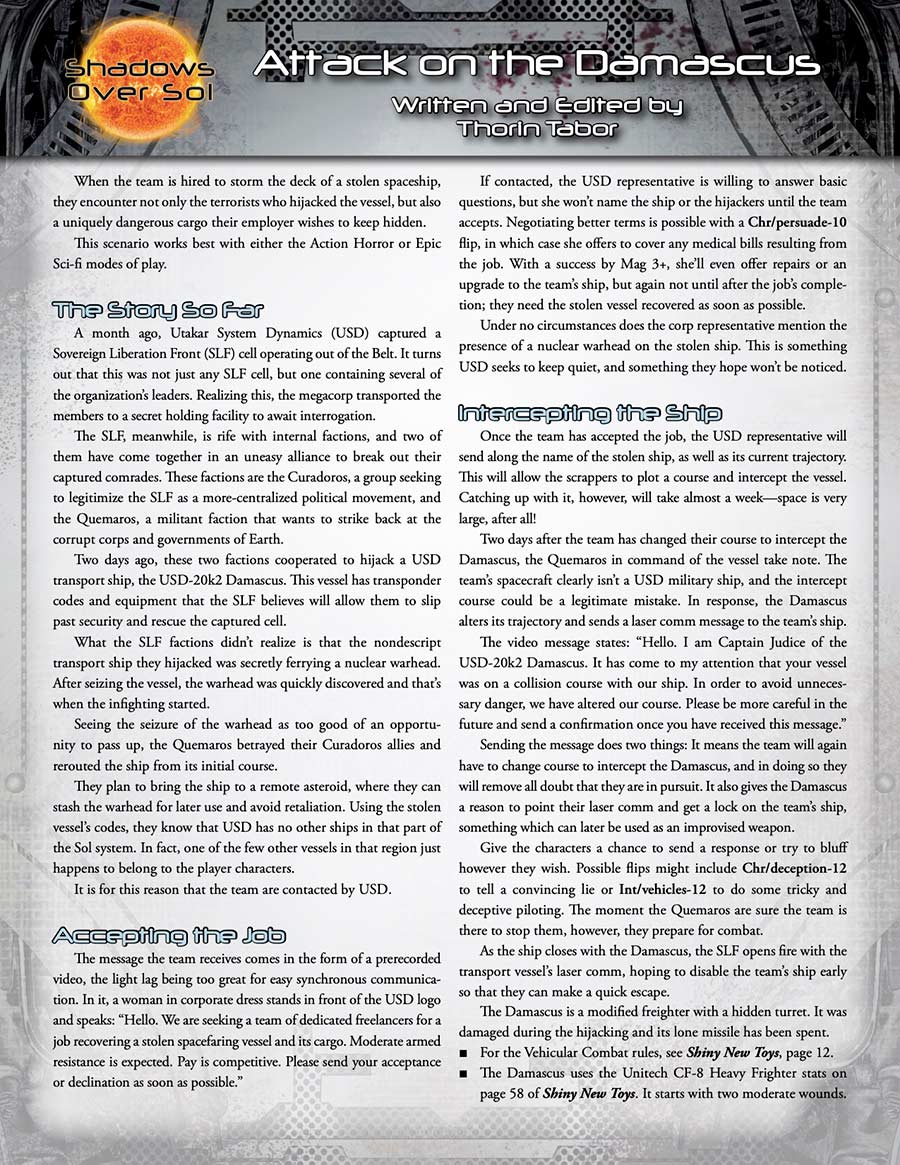 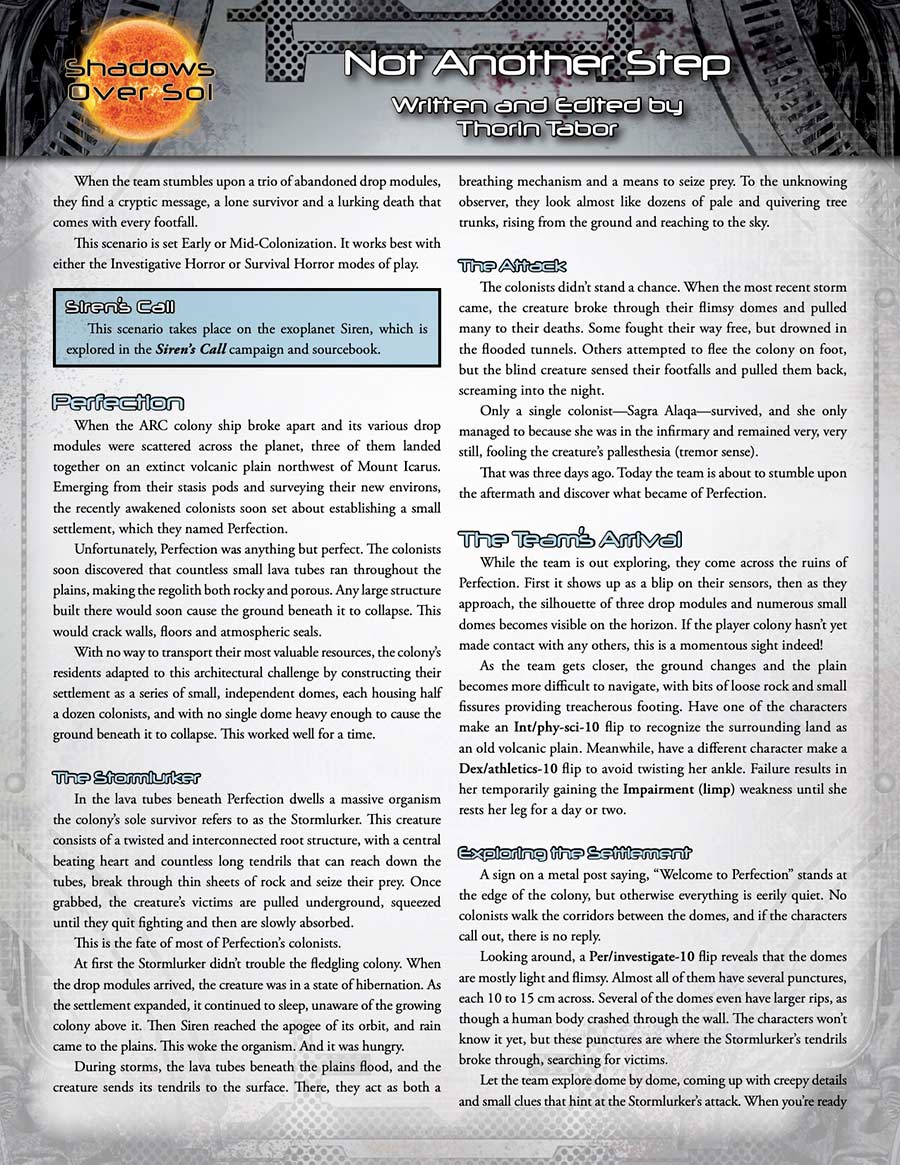