Every three months, through our Patreon, we release an adventure or other short supplement for Against the Dark Yogi, Shadows Over Sol or Dime Adventures. Patrons get early access to these supplements, receive both a PDF and "at cost" print copy, and always get them for cheaper than retail price.

Today we are happy to announce the release of Jovian Missions, a compilation of five short, one-shot scenarios for Shadows Over Sol. These missions may be played independently, but work best as companion scenarios to the Jovian Whispers campaign and sourcebook. Additionally, an epilogue covering the possible outcomes of that campaign is included in the back. The scenarios are: 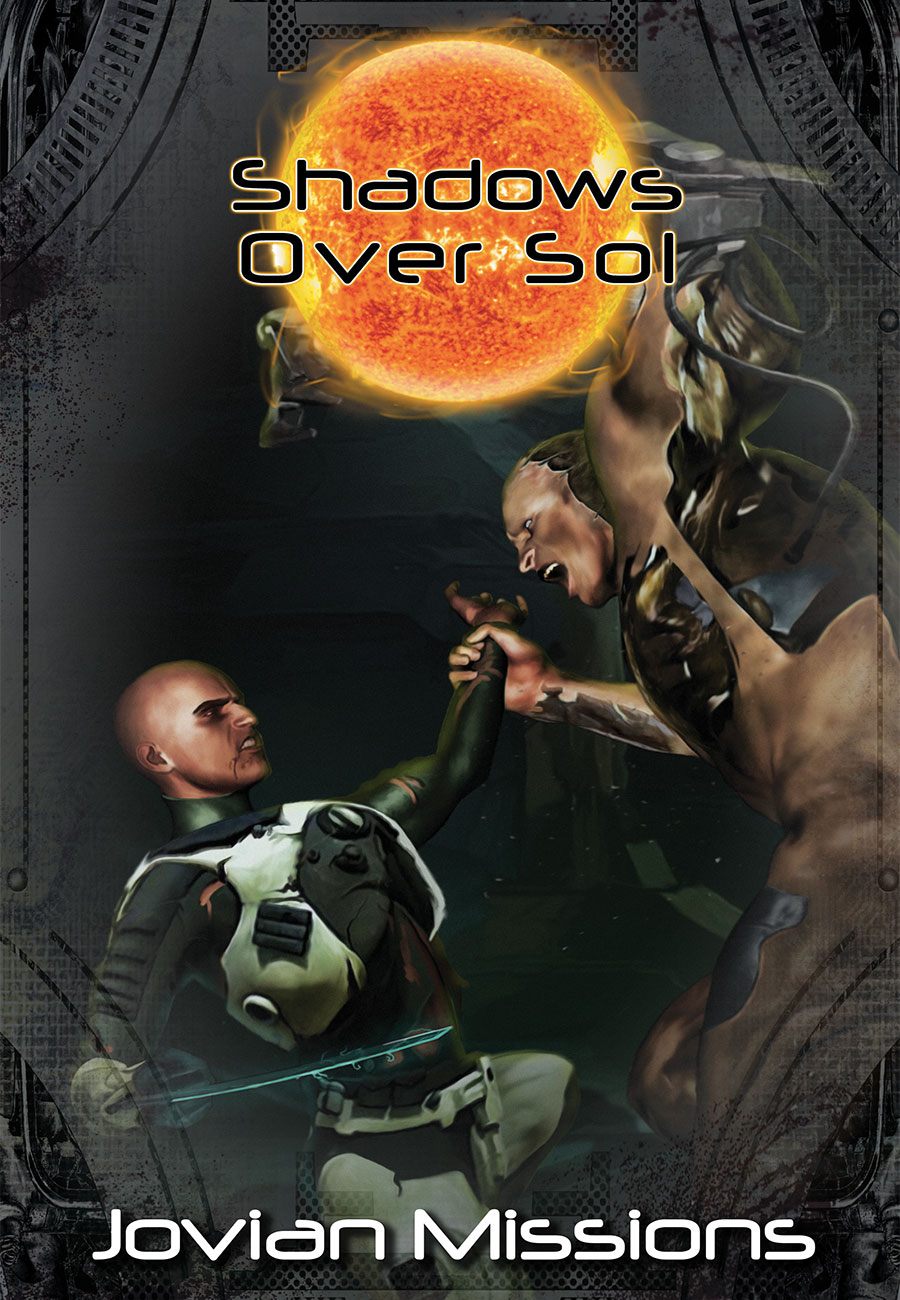 Today is the day we launch the Ganjifa Reincarnated Kickstarter!...

Save the Date: Ganjifa Reincarnated Kickstarter

The Ganjifa Reincarnated Kickstarter launches October 14! Mark your calendars. Or better yet, follow the included link and click "Notify Me on Launch."...

Today we are happy to announce our ninth One-Sheet Scenario, Dime Adventures: The Deadly Dive! Download it today through this website or DriveThruRPG....