Today we are happy to announce the release of Jovian Whispers, the second major campaign and expansion for Shadows Over Sol!

On April 1, 2209, without warning, all four Jovian colonies went silent. Two days later, on April 3, a single message was broadcast: “The Jovian colonies and associated satellites are now the property of Jupiter Group. Do not approach Jupiter. Do not transmit to Jupiter. Failure to comply will be met with force.”

No one knows the cause of this mysterious event, but somewhere in the dark and ruined colonies of Jupiter the Insurrection Virus uses its clanking machines to plot the downfall of all humanity...

Jovian Whispers is a campaign and sourcebook for the Shadows Over Sol roleplaying game. Its features include: 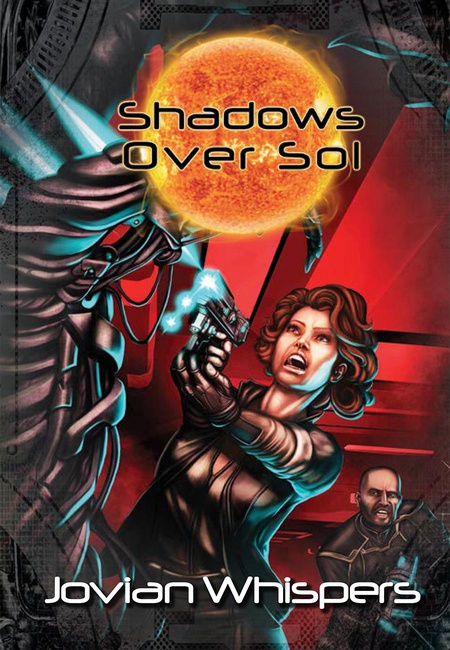 We continue to make progress on the extras unlocked by the Jovian Whispers Kickstarter. Here is where everything currently stands:

0 Comments on Jovian Whispers is Released!

Today we are thriled to announce the release of Age of Ambition: Escape From Prison Isle

Today we are thrilled to announce the release of the Sol System Poster Map for Shadows Over Sol!