Today we are thrilled to announce the release of the Sol System Poster Map for Shadows Over Sol!

Now you can have your own 12" x 18" poster map of the Sol system, a perfect companion to any Shadows Over Sol campaign. 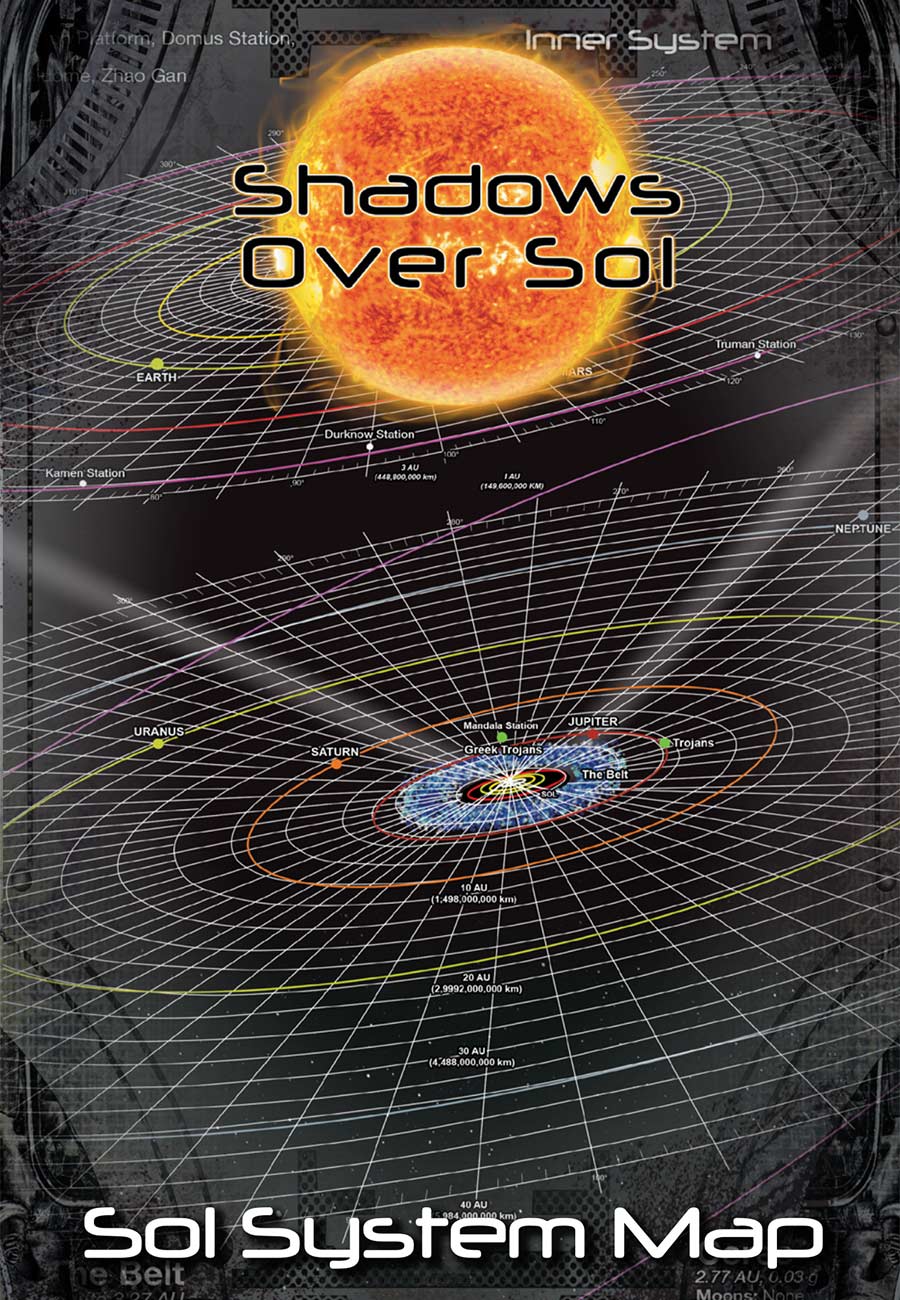 At this point the Jovian Whispers campaign and sourcebook, as well as all PDF rewards, have been finished and are either released or queued for release. The final two PDF rewards (the Epilogue and System Hacks documents) will go out to backers in the next couple weeks. Meanwhile, the unlocked scenarios will be released to the public on DriveThruRPG at the rate of one per week.

Physical rewards will ship once the Jovian Whispers printing proof has been received and reviewed. The printer's preparation of the files, however, is taking an unusually long time. It usually takes about 48 hours to prepare the files so that we can order a proof, but in this case it's already taken a week. We contacted them today to see if we can move the process along.

Here is where everything currently stands:

Released to Backers, But Not Yet the General Public

Today we are happy to announce the release of Jovian Whispers, the second major campaign and expansion for Shadows Over Sol!

Today we are thrilled to announce our sixth One-Sheet Scenario, Shadows Over Sol: Trouble on Jackral V! This scenario was made possible by the Jovian Whispers Kickstarter. Download it today through this website or DriveThruRPG.