A month ago we officially announced Age of Ambition, the roleplaying game of forward-facing fantasy. Since then we've been hard at work writing and playtesting the game. In fact, we recently completed our sixth internal round of playtesting.

The next round (Playtest 7) is going the first semi-public beta test, available to our Patreon backers and select playtesting groups. At the time of the announcement, we estimated it would be ready in late April. Obviously, that timeframe has come and gone.

We now estimate that Playtest 7 will available late May. The delay is due to the fact that we have decided to revise the career and damage systems before the next round of playtesting. This will take some time, but we think the game will be better for it.

The upcoming playtest will be followed by several rounds of fully-public beta tests. We estimate that the first of these will begin sometime later in the summer. In the meantime, if you wish to be notified when the first public beta test is available, you can sign up using the form below. 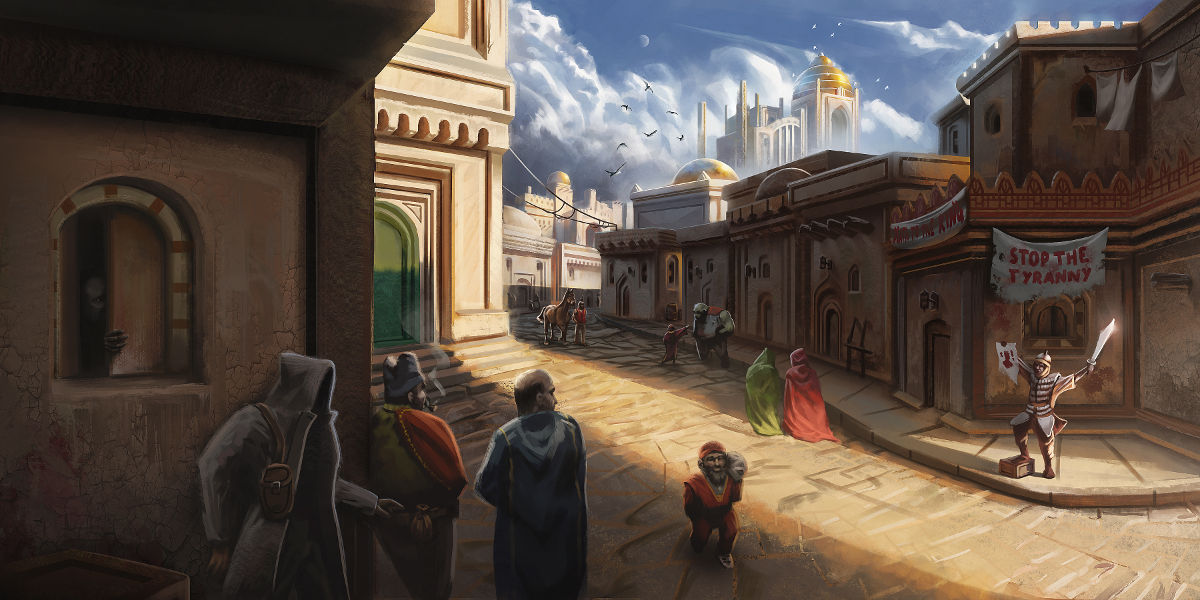 We are pleased to announce the release of our latest Shadows Over Sol scenario! It is the thirteenth supplement funded by our generous Patreon backers; it is Shadows Over Sol: Abuja Fallout Zone. The blurb is below.

The second quarter is more behind us than before us, and here we are just now making the quarterly Tab Update. November 2018 was the first month in which we didn't post to the Tab Blog since March 2011. This has since been followed by two more missed months, in February and March 2019.

Was our last update really in January? Wow! That's been a long time. Sorry for the radio silence!