I haven't found a “say hi” thread on this forum, so I thought I'd best just go on and create one …

I became aware (actually for the second time) of Shaows over Sol through the Siren's Call kickstarter, shich really sounds like the hard sf campaign I've been wishing for for a long time - the preview copy looks very good (although I have only skimmed it through), I especially like how the ecology of Siren's Call and the personal and soical implications of the sleeper ship concept are thought through - this is closer to the high-concept sf stuff I like to read than most rpgs ever get. (Kim Stanley Robinson's Mars Trilogy is mentioned, but with regards to the horror aspect, I feel even more reminded of his excellent recent novel Aurora).

By now, I have ordered the SoS core book - I actually took a pass on it when I first became aware of it two years ago, because back then, I was kind of annoyed that every hard(-ish) sf game out there seemed to think it had to add a horror component because of, well, Ridley Scott's Alien … but from what I've read by now, the horror elements in SoS can be easily reduced or left out, and some of them actually seem quite interesting. So I guess I made a mistake back then; I tried to get into Eclipse Phase and Mindjammer instead, which are both great and inspiring settings, but I just couldn't figure out what to do with them at the playing table. SoS looks much more playable; and from what I've seen on a closer look, it actually looks much more hard sf than I had expected.

Anyway, just wanted to say that I'm happy that the kickstarter made me take a closer look at SoS and Tab Creations (I'm also quite curious about Shattered Dominion, but that will probably be a long time away …?).

Welcome to the forums! I'm glad Siren's Call prompted you to take a second look at the game. We're always happy to hear from Shadows Over Sol fans!

(As far as Shattered Dominion goes, that's likely to be our next game, but it's still quite a ways out. We need to finish preparing and delivering the rewards for Siren's Call first.) 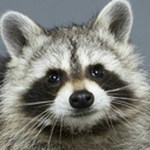 Thanks! I hope I'll spend some more time here as soon as my SoS Corebook copy has arrived (for now, I've read the Quickstarter - interesting how the introduction focuses more on the social dimension of SoS's future and less on space and horror.)

And nice to know that Shattered Dominion is next in line - the teaser on the website kind of hooked me … it also feels very timely. There's a lot of good recent fantasy novels that start to acknowledge the idea that fantasy worlds might experience rapid social and technological change; SD sounds like it might take up on that notion.

My Core Book has arrived; I've only read the introduction and the history part yet, but really like it - the history actually reads like a darker take on what happens in Kim Stanley Robinson's sf novels, with slow solar colonization, many setbacks for humanity but also steady development.
What is cool that even in that short overview, the whole “nation states basically get replaced by corporations” doesn't feel as simplistic as in many settings (with “good” nation states vs. “evil” corps).
I'm not quite sure about the development tempo outlined in some areas - space colonization seems to go pretty fast, while true AI and AR are still kind of a new thing SoS's future … I would have expected it the other way round. Still, interesting, and it's probably even easier to imagine (and play in) a world where the solar system has been partly colonized than in a world that has been living with extreme augmented reality for 200 years …

I'm curious now when and how the horror elements will come into play.

In my opinion, analysis is the enemy of horror. Going through and laying out all the horror in a game with straightforward explanations of each - like A, B and C - really undermines the horror feel. Horror is more about hinting at the scary things, or in how you set up a scenario. Just me two cents!

EDIT: Also, thanks for the review! 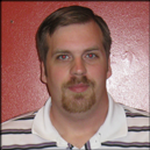 Hi Jakob! Great to have you on the forums and I am glad you are enjoying the game so far.

beholdsa
In my opinion, analysis is the enemy of horror. Going through and laying out all the horror in a game with straightforward explanations of each - like A, B and C - really undermines the horror feel. Horror is more about hinting at the scary things, or in how you set up a scenario. Just me two cents!

After finishing the setting part with hints about stuff like the Harbingers of the Divine Form and the the Insurrection Virus and also having a look at the “Thirst” adventure that arrived through patreon yesterday, I think I now get the “horror” part of SOS. To be honest, I probably wouldn't have called it a science fiction horror game, because that actually seems to downplay the potential of the setting. The horror elements are clearly there, but as far as I can see, they are not part of the overarching core story (what the characters do) or mythology of the game, but much more a suggestion of recurring themes and motifs. However, the setting chapters suggests a lot of story potential that I wouldn't label horror in any sense - espionage, small-scale military conflict, building up communities … while all of these can encompass horror elements, the notion that one is playing a science fiction horror game (and not just a science fiction, or maybe dark science fiction game) could easily lead to the assumption that an element of horror has to be forced into each and every scenario.

Which is basically just aaying that I like the SOS setting more than I initially expected, because the horror element is the one thing I'm not so keen on; I'm quite content that there is no set core story about the characters being paranormal investigators in the future or no overarching mythology about evil alien gods awakened by mankind …