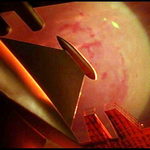 Thanks. I'm so sorry, I'm evidently failing all my observation checks lately…

No problem! Glad I could help.

I just wanted to let you know that the extended combat example has been written.

I didn't want to start yet another new post, so thought I'd add to this once since it involves rule questions. Just a few points we would like to clarify because we have had different interpretations pop up:

Stun - If you have a Moderate wound and the numerical value is higher than the shock threshold, the wound will be upgraded to Severe (-3), and you will have Light Stun (-1). So, would you be at a -4 penalty until you can shake off the Stun?

Here's an example. Hopefully it will help:

Imagine you take a Light Wound (1). That's a -1 to your next flip - from the shock and pain - and 1 wound severity that sticks around until it is healed - the lasting damage (pg 231).

Now let's imagine that before your next flip you take another Light Wound (1). Each wound applies a -1 penalty to the next flip (for -2 total) and you have two wound severities that last until healed.

Okay, so now it's your turn. You make an attack or whatever. You're penalized the -2 for the wounds and then the penalty goes away. The initial shock is gone; your next flip after this is no longer penalized, but the wound severities (the lasting damage) sticks around until healed.

Great! Things are looking up! But… not so fast.

The stun prevents you from taking any other actions until you first get rid of it with an End Consequence action (pgs 321, 126). So on your next turn you'll have to take one of those to get rid of the stun, and your next flip is still penalized by the severe wound (-3).

On your next turn you decide to act in Phase 2 and Phase 1. In Phase 2 you do an End Consequence. In Phase 1 you make an attack at a -3 penalty. Better hope your team mates are finishing off the enemy this round, because you didn't save an AP to dodge!

Okay, so the Wounds last until healed, but the penalties only last until the next turn. (After they affect you once, they're gone the next round.) Correct?

In your example above, in the next round, you would attack with no penalty…but you still have 5 Wounds. Is that right?