Today we are thrilled to release the Shadows Over Sol: Metus Deckplans! From the blurb:

Now you can have your own 12" x 18" deckplan poster of UT-389 "The Metus", the same ship featured in the Shadows Over Sol: Quick-Start scenario. 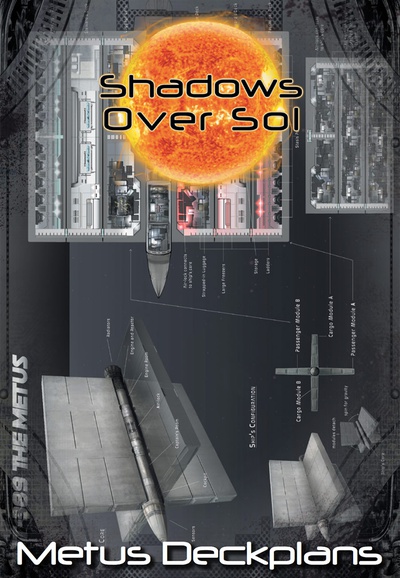 0 Comments on Shadows Over Sol: Metus Deckplans is Released!

Today we are thrilled to announce the release of the Shadows Over Sol: Siren's Call Player's Brief! This 64-page booklet collects all of the player-facing information from Siren's Call. It may be purchased separately or comes bundled with the mail Siren's Call campaign and sourcebook. From the blurb:

The two exclamation points in the title are no mistake, because today are are simply thrilled to announce the release of our latest Dime Adventures spectacular scenario! It is the ninth supplement funded by our generous Patreon backers: Dime Adventures: Prairie Dogs Ripped My Flesh!. The blurb is below.