Disjunction for Shadows Over Sol is Live on Kickstarter

Disjunction for Shadows Over Sol is Live on Kickstarter

The Shadows Over Sol: Disjunction Kickstarter has just launched! Get the PDF as soon as the Kickstarter ends and the print copy a few weeks later. Check it out now!

Journey across the decaying megalopolis of Superior

On the trail of a runaway heir, the team is led to the terrestrial megalopolis of Superior, where they must brave the dangers of the mean streets, out of control riots and a fringe cult. In the end, they will run up against a sinister plot that threatens the global order. Will the scrappers stop the "Disjunction?" Or will they simply walk away in order to claim a paycheck?

Disjunction features a tense action horror scenario, and is designed to run between two and five gaming sessions. Its features include: 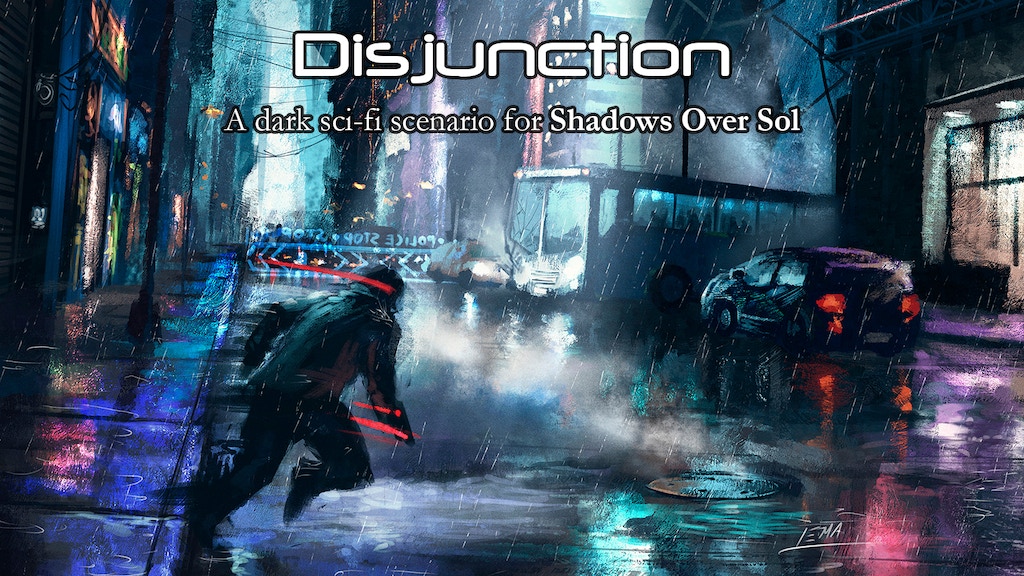 A lot of gaming these days takes place using virtual tabletop (VTT) software, and Foundry VTT is one of the fastest growing platforms. Thankfully, it's easy enough to start up a new Age of Ambition, Shadows Over Sol, Dime Adventures or Against the Dark Yogi campaign on it!

It's time for the quarterly Tab Update! Let's review our progress over the last few months and take a look at what the future has in store.